The Oscars and the Red Carpet!

I would be lying if I say, I don’t get excited for the Oscars. That would be an outright blatant lie. Of course the Oscars excite me, but hey wait a second here, I am more excited about who wears what, than who wins it.
Last week in a class, we had a debate, where people disagreed and said the Oscars were all about the awards, but for me The Oscar Red Carpet (ever since I can remember knowing what The Oscars meant) was, is and will always be equally if not more important. And if there’s any reason I wake up early in the morning and not watch a repeat telecast is because of the red carpet. Who wore what was what I needed to know.
It kind of gives me happiness to see which actress wore what, did my favourite one look the best? Who was the best dressed and so on. And it’s definitely not just limited to the ladies, the men play an equally important role, I mean come on, don’t lie, don’t we all want to see who is on George Clooney’s arm?

There have been a few favourites, after all so much hard work goes behind each and every single appearance on that carpet.  From the designers, to the stylists, agents, make-up artists to the approvals and finally THE BIG DAY! Ofcourse there’s unwanted pressure, but hey who said one couldn’t have some fun? Tom Ford says, you ought to have fun to look good.
The Red Carpet has always meant The Oscars to me.

My most favourite has been Gwyneth Paltrow, every year she turns up in something better, something offbeat making a statement like no other . Remember when she picked up her Oscar for the Best Actress for her role in Shakespeare in Love? She wore the stunning baby pink Ralph Lauren,  when all the others played it safe in black? The silver Calvin Klein in 2011 made her look absolutely ravishing. There have been times when she has gone wrong too (remember the McQueen), but she has so much fun, you’re ready to overlook those times and remember times such as the rust Zac Posen in 2007 or my most favourite: sleek-all-white Tom Ford in 2012. 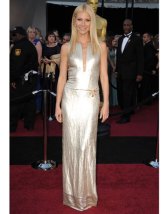 Another absolute favourite is Nicole Kidman. I am a big Nicole Kidman, the actor fan, since she is always so well dressed, I always felt everything looked good on her but that’s not the case, she and her stylists know her body-type well, and do wonders each time. Remember back in 1997, with Tom Cruise as her arm candy (they were the ‘It Couple’ and he was the biggest superstar), in the green John Galliano for Dior, just right after he had shown his first couture collection for Dior, it was Kidman who showed utmost faith in Galliano, and changed the red carpet forever, giving Galliano a stamp of arrival and approval! In 2003, when she picked up her Oscar for The Hours (my most favourite movie of all time) in the black Jean Paul Gaultier is another favourite. The sky blue Chanel Couture, was another stunning look from the lady in 2004. She wore L’Wren Scott in 2009, and then again last year. One of my most favourite looks was the ravishing red (big-bow) Balenciaga she wore in 2007. 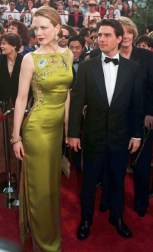 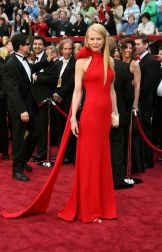 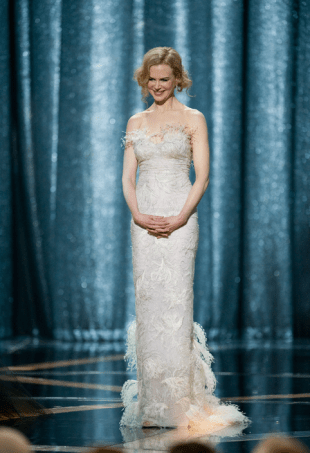 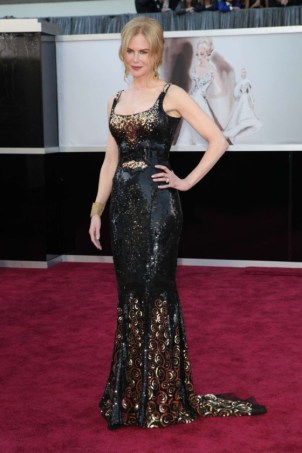 Nicole Kidman in L’Wren Scott in 2013

There are many more well-dressed women of course (read Emma Stone, Anne Hathway, Julia Roberts, Michelle Williams), but these two ladies never fail to impress. The mantra? Have fun, don’t play it safe, and be yourself. 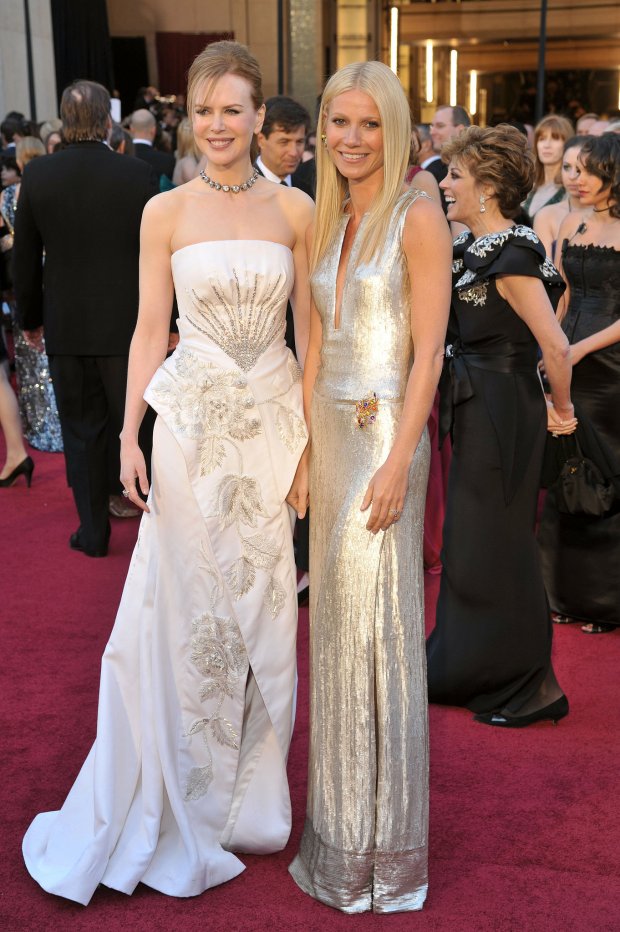 Nicole Kidman (in Dior) and Gwyneth Paltrow (in Calvin Klien), 2011

Can’t end the post without a mention to the men, George Clooney hands down always looks so suave. Tom Ford came to the Oscars once himself too, for his movie The Single Man? Well, when it’s Ford, he knows how to work the carpet.  The only sad part, the men stick to the black-tux, come on guys, bring in some colour (Remember Daniel Day-Lewis, last year in his cobalt blue tux). Hoping Matthew McConaughey won’t just sweep the Oscar but the red carpet too!
Do tell me who your best-dressed’s have been, and who you think sizzles on the carpet this year!