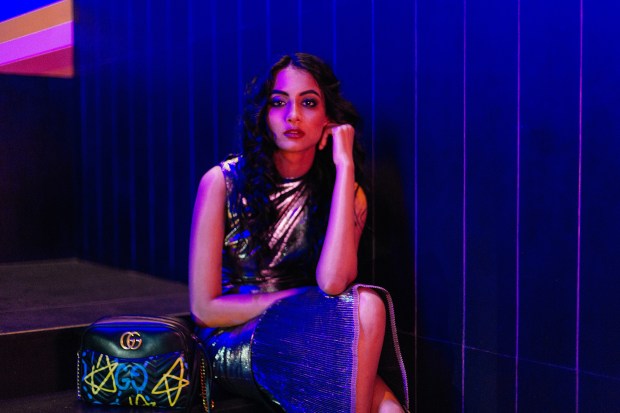 Alessandro Michele is as Gucci as it gets. This line from the New Yorker has struck close to the heart. Michele who had worked at Gucci for the last fourteen years, as the second in command overseeing the accessory department at the luxury brand for many years, moved up the ladder and caused a revolution the fashion world couldn’t ignore. In December 2014, after the exit of Gucci’s then creative director Frida Giannini, Michele delivered a totally fresh menswear collection (something never seen before in the very literal sense), and finally took over the reins as the Creative Director for Gucci in January 2015.

The world has seen Gucci, (pronounced Guchee and not Guki). Gucci is not an everyday luxury, it is an acquired taste. The inter-locking G’s are much more than a mere symbol of status. For a fashion enthusiast like me, my love affair with Gucci began in the early 2000’s (I was catching up on the revolution caused at the brand by Tom Ford in the early nineties), an era of a high dose of sex, scandal, statement and more. With Ford’s exit and Giannini’s entry, Gucci wasn’t anymore about making a statement, it got subdued, became high-end luxury, but one a lot many more people could associate with. There wasn’t a flaw in the brand, but something was amiss. Gucci has seen everything, the fame, the fortune, the highs and the lows, but with Michele, Gucci is finally home. In an age and time when we stick to Less is More, Alessandro reversed it to More is Less, and we just cannot get enough. Typing this piece on the eve before he presents his Spring Summer’17 collection in Milan tomorrow, this is a little dedication from my side to the man, who awakened us and how! He broke the rules, changed the patterns, and we stood up and took notice.

GucciGhost, a part of the Gucci Fall Winter’16 collection is a one of its kind collaboration. Michele took the brand to the streets, collaborating with artist Trouble Andrew aka GucciGhost. The sacred interlocking G’s, a pivotal part of the Gucci identity, were given a twist by Andrew, who inverted them, producing a collection that is a mix of two cultures- a juxtaposition of the past and the present. The GucciGhost Leather Tote was the very first piece from the collection I fell in love with followed closely by the GucciGhost shoulder bag. The collection is one that highly intrigues me, fine products made in the Gucci atelier in Florence, and then worked upon by using spraycan graffiti by Andrew in Brooklyn, New York. Michele makes sure Gucci stays global, yet doesn’t lose the essence of its roots.

This story was a result of a coffee session with the wonderful Gucci India team, who got me excited when they spelt the word LAUNCH. Launching GucciGhost in India on September 29th, they were ready to let me review the collection, and play dress up with the GucciGhost shoulder bag, an offer I for one couldn’t refuse.

The very first idea was to shoot the bag, but how I wondered, after a conversation with Nayantara Parikh, the ace photographer,  there was one thing we agreed upon, this bag is way too beautiful for it to be just limited to the street. After hours of pondering over about what to do, we decided to seek inspiration from Michele, More is Less, and decided to go all the way out. It was Nayantara’s idea to use light play, along the lines of dark sensual grunge, while keeping alive the essence of the collection, that worked out flawlessly in our collaboration.

For me, Alessandro Michele is the real GucciGhost, he has been on the periphery of the brand for fourteen long years, observing, learning and finally spooking the world, with the true essence of Gucci. 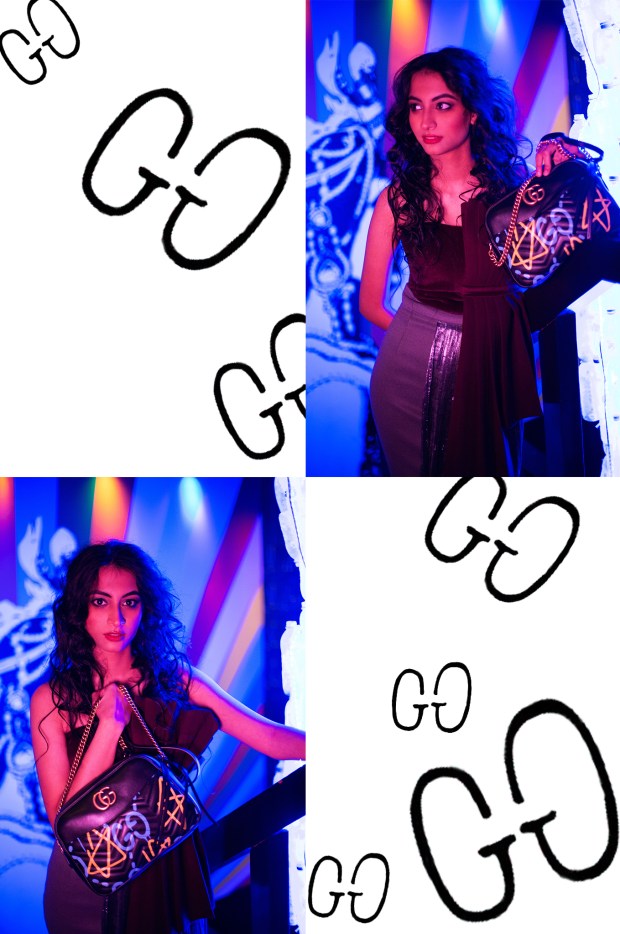 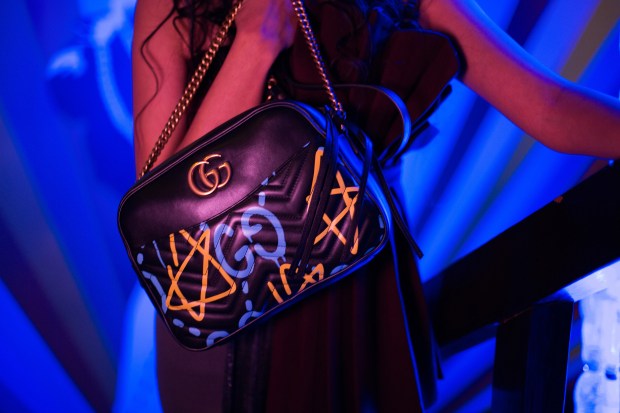 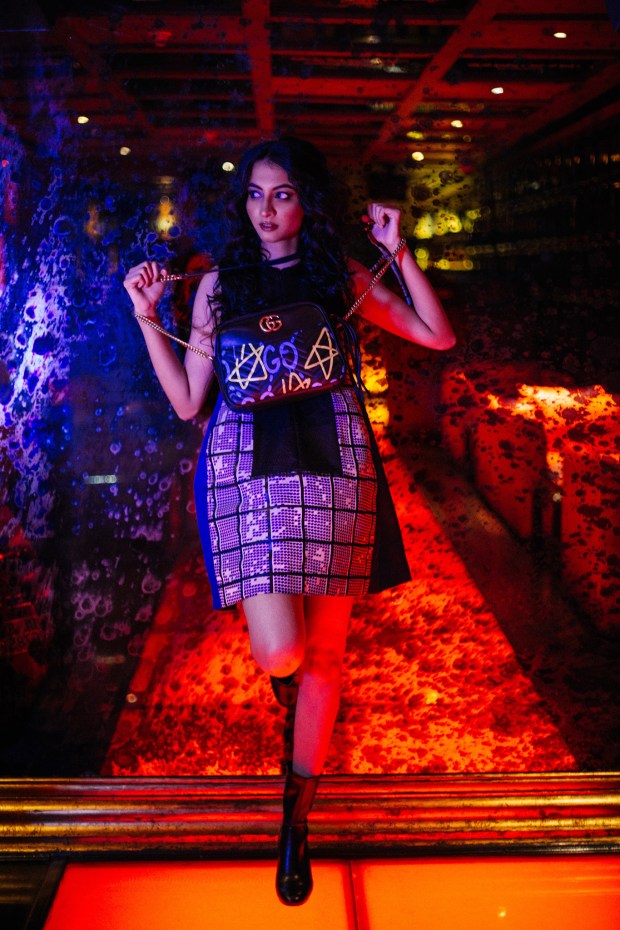 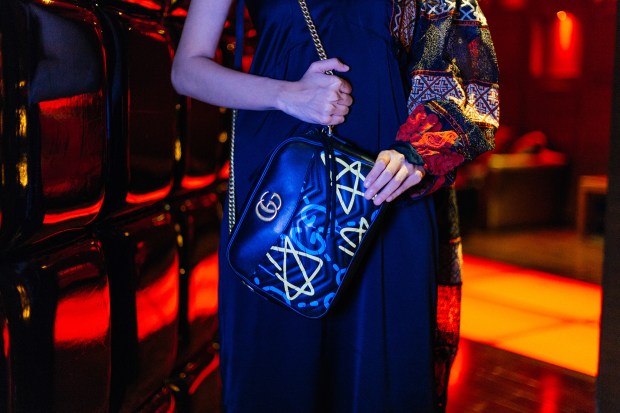 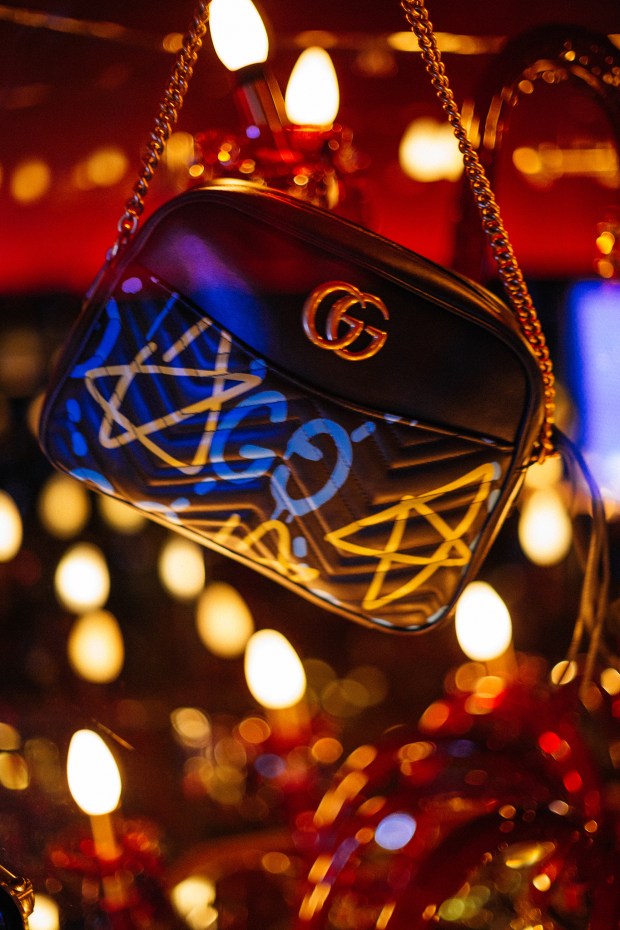 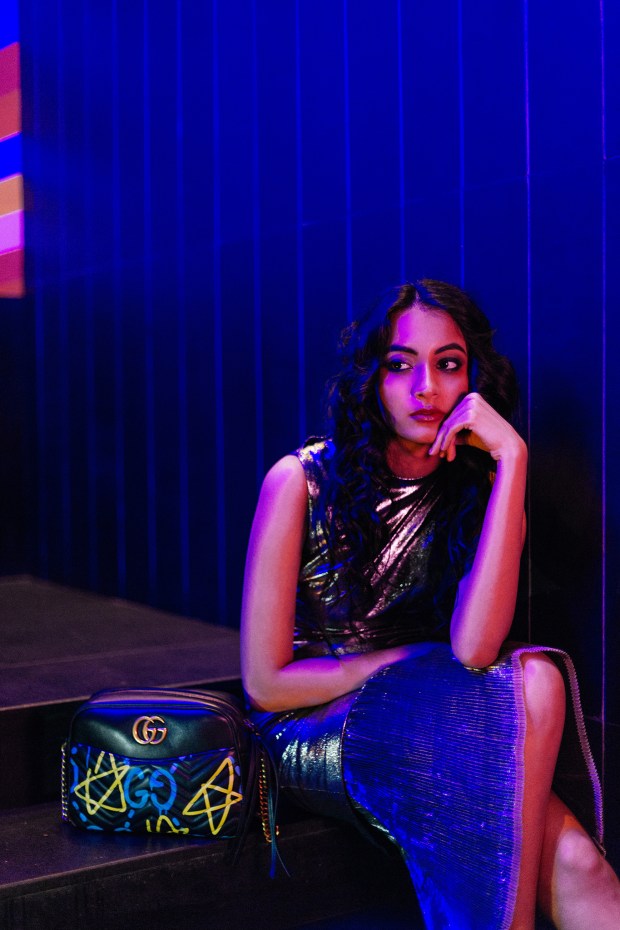 Before signing off, if you still wondered why GucciGasm, well because its so much better than just a plain orgasm.